Jiva has a singular approach

GET THE ROOT-CAUSE TREATMENT FOR HEART DISEASE

With Ayurveda, you never have to stop enjoying life

What is Ischaemic Heart Disease?

Ischaemic heart diseases (IHD) are common among middle-aged people, but are becoming increasingly common in younger age groups too. Atherosclerosis i.e. thickening of artery walls serves as main cause of IHD though artial spasm too can cause IHD. Syphilitic aortitis, coronary embolism, congenital anomalies of coronary artery also can cause IHD. Poor diet, high intake of cholesterol, fat and sucrose, hypertension and cigarette smoking are some of the other known causes.

Understand the root of your ischaemic heart disease

Fill in your details, a doctor's assistant will contact you within 24 hours to book your consultation

Your data is secure with us

How Ischaemic Heart Diseasetreatment at Jiva Ayurveda is different?

Ayurveda has designated heart as an origin of channel of rasa dhatu (which is first tissue out of seven recognized tissues). This rasa dhatu is formed after digestion of food by gastric fire. Weak gastric fire, consumption of improper diet, mental stress etc lead to production of toxic, vitiated rasa dhatu. Toxins (ama) from rasa dhatu go into the heart and create blockages in channels. Such blockages result in IHD.

The heart is the site of the mind and emotions, so disorder of this organ must be reflected by some tension at a mental level. Poor diet, such as excessive intake of heavy oily foods like dairy products, fatty meats and sugar is another causative factor. Digestion becomes impaired due to factors such as irregular eating habits, over eating and intake of the wrong foods, which causes the accumulation of toxins in the body. These toxins become deposited in the channels of the body, such as the coronary arteries, causing obstruction to proper circulation which results in the various forms of heart disease

Ayurvedic treatment consists of cleaning these channels of the toxins and restoring digestion to prevent further accumulation of blockages in the body. Toning herbs are also administered to strengthen the heart, cardio-vascular system and the mind. Diet and regimen adjustments are also advised to support treatment and maintain health.

Getting relief from
ischaemic heart disease is
just 3 steps away!

Get a complete health Package

Every person is unique, hence treatment for the person’s disease must be unique too. Jiva doctors take
the Ayunique™ approach, which includes: 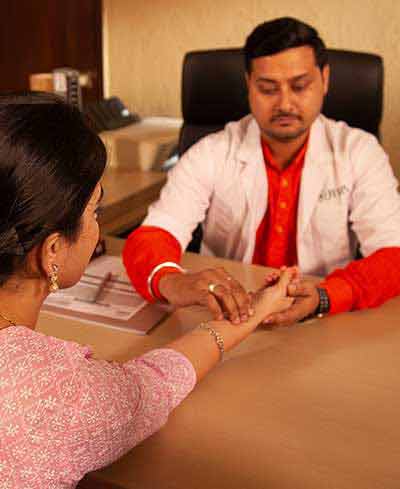 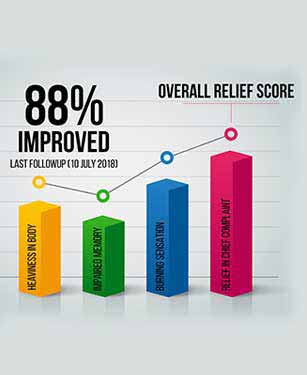 Throughout your treatment journey, a team of health coaches stay connected with you to track your relief progress and help with your health queries. 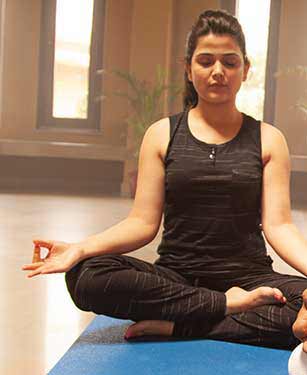 Thousands have experienced
relief after treatment at Jiva

Get long-term relief from your
digestive problems.

The veins in my arms and legs were becoming swollen and painful. The veins in my leg formed a web-like structure and I experienced tingling sensations in my fingers. Jiva doctor explained that I had Varicose Veins, which is a form of cardiology disorder. After 7 months of treatment, my condition has completely improved. Ayurveda can help in cardiovascular diseases.