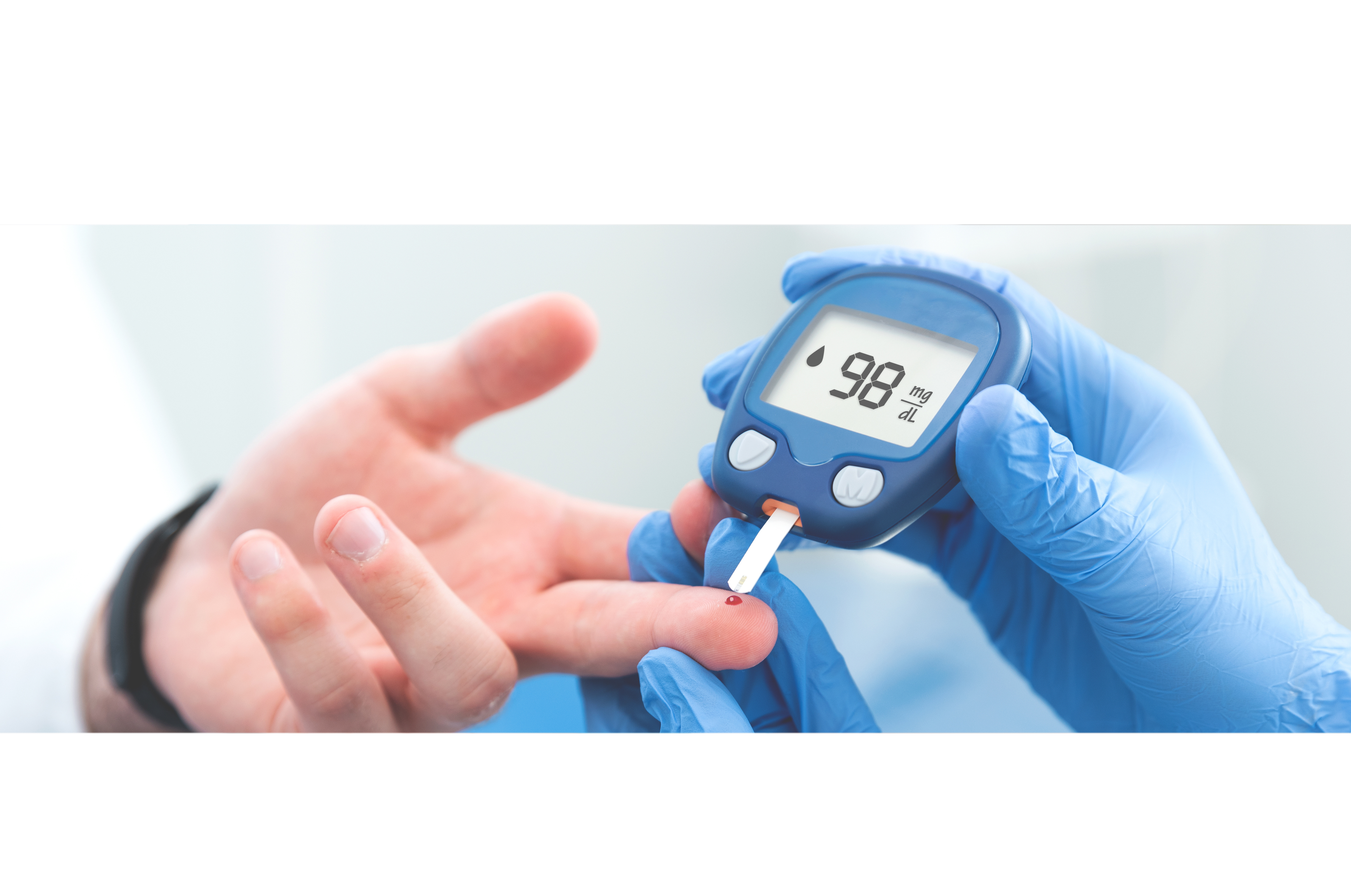 Diabetes is becoming a leading health concern across the globe. More than 77 million people are living with diabetes, worldwide. More than half of men and two-thirds of women of India, currently aged 20 years are likely to develop high blood sugar at some point of time in their lifetime. The prevalence is high in the people living in metro cities due to the ever-changing lifestyle and dietary choices. To prevent its occurrence in the first place, it is important to know about the disease – what are its signs and symptoms, what causes it and what are its treatment options. In this blog, we’re going to provide you with this information: What is diabetes?

Diabetes is a disorder in which your body’s ability to process blood glucose/sugar gets impaired. In type I diabetes, the body fails to produce insulin that’s why the patients are required to take artificial insulin daily. In type II diabetes, the body produces insulin but is unable to use it. This is the most common type of diabetes affecting around 90 percent of diabetics all over the world.

Diabetes symptoms depend on the elevation in your blood sugar levels. Sometimes people suffering from type II diabetes do not experience any symptoms; therefore, it goes undiagnosed for a very long period of time. In type 1 diabetes, symptoms tend to appear quickly and are more severe. However, you can keep in mind below mentioned signs and symptoms for diabetes and consult a doctor on experiencing these:
• Increased thirst
• Excessive urination
• Sudden weight loss
• Constant fatigue
• Increased hunger pangs
• Slow wound healing
• Blurred vision

In Ayurveda, diabetes is referred to as “madhumeh” and is divided into two types: Genetic (sahaja) diabetes and Acquired (apathaja) diabetes. Sahaja diabetes resembles juvenile diabetes or type I diabetes that occurs at a young age and Apathaja diabetes occurs due to an unhealthy lifestyle in old age and obese people and resembles type II diabetes.

Diabetes can be considered a lifestyle, metabolic, autoimmune or genetic disorder. Depending on the type of diabetes, its causative factors vary. Someone with a family history of diabetes is prone to getting diabetes. Sometimes, your immune system goes into overdrive and attacks your insulin-producing cells in the pancreas thereby leaving you with little or no insulin and causing type I diabetes. Lifestyle factors like irregular sleep, chronic stress, unhealthy eating habits & excessive consumption of alcohol, smoking and tobacco, physical inactivity and obesity play a major role in keeping your blood sugar levels in control. According to Ayurveda, these unhealthy habits and choices create an imbalance in kapha dosha and med dhatu (fat tissues) which cause the blockage of channels and bring ojas (vital energy) from the body into the urine causing diabetes.

Depending on the type of diabetes, medication or treatment is suggested. In most cases, patients take medicines or insulin for their lifetime. If you’re looking for a safe, effective and natural cure for diabetes, consult an Ayurvedic doctor in the initial stages of the disease. With the help of Ayurvedic treatment, you can regulate your metabolism and sugar levels. The Ayurvedic doctor goes to the root cause of your problem and manages your diabetes with the help of special herbs and rasayanas.

At Jiva, our doctors suggest root cause based personalised treatment to each individual which comprises of best Ayurvedic treatment for diabetes, customised diet and lifestyle, yoga and pranayama, and panchakarma therapies. They not only help rejuvenate the body from within but also prevent the progression & complications of the disease. Gradually, the treatment will help reduce the dependency on insulin and diabetic pills while improving the overall quality of life. How Thyroid Problems Will Hurt Your Sex Life?

Association Between Diabetes and Periodontitis