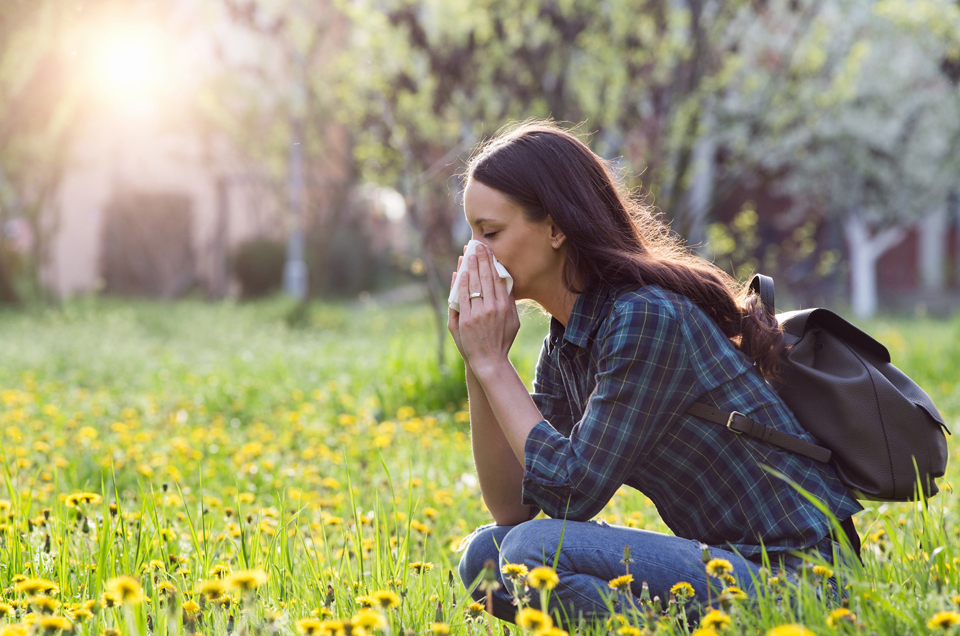 Allergies are becoming a common and widespread problem these days with decreasing immunity levels, bad lifestyle choices and faulty diet. Learn why the body loses its intelligence and starts overreacting to things such as pollen, dust, food and other harmless substances leading to all types of allergies.

Allergies can irritate us no end. With symptoms like a runny nose, sneezing, itching to even asthma at times, allergies can make us miserable to say the least. If you have an allergy, you could be suffering from a cold, and in extreme cases, asthma and breathing difficulties might crop up. Add to that aches and pains, irregular heart beat and gastrointestinal problems, and your whole system might go for a toss.

Allergiesoccur when an immune system that is hyper sensitive reacts to a common or unusual substance (also called allergens). In some people, allergies are hereditary but one can develop allergies at any time in his or her life. A person might be allergic to such allergens as chemical toxins, food, dust, animal hair, pollen or parasites.

According to Ayurveda, ama (undigested toxins) and low immunity are the main cause of allergies. Ama can settle at the digestive level or in various tissues with different symptoms at each level. When improperly digested ama is carried through channels into the various tissues in the body, the resulting toxin accumulation imbalances the tissues. Ama toxicity aggravates Pitta or Kapha, and in each case, the symptoms may vary.In fact, you may be a Kapha, Pitta or Vata person, but an allergy when it occurs in any constitution, can throw up various symptoms.

A Pitta based allergy, for instance, manifests itself through sore red eyes and an inflamed itchy nose. There could be low fever and the person might feel extremely irritable. Exposure to sunlight will set off sneezing attacks. Citrus blossoms are said to be main the culprits behind Pitta allergies.

A Kapha allergy, on the other hand, may induce a dull heavy feeling in the head, stuffy nose and sinuses, lethargy and drowsiness, swollen eyes and lots of mucous production. Damp related allergens like moulds can set off this type of allergy and even cause asthma in susceptible victims.

A Vata allergy attack may be caused due to dry dust in which case the throat may run dry and become hoarse. There would be a feeling of excessive dryness and pain in the nose and sinuses too. Asthma characterized by spasms may result in extreme cases.

Below are some ways you can treat allergies through simple home remedies.

Take half a teaspoon of amlaki, steep in boiling water and then strain the liquid before drinking it. Amlaki is a virechan (laxative) herb and helps remove Pitta Dosha during the allergy season. Breathing coconut oil deeply in each nostril a couple of times a day, drinking neem leaf tea three or four times a day and drinking warm milk (a quarter cup) with half a teaspoon of turmeric will also prove beneficial. It is important to follow a Pitta soothing anti-inflammatory diet by avoiding fried food, processed and spicy food, chillies, onions, garlic, red meat, egg yolks, caffeine and alcohol.

This type of allergy needs Chyavanprash which has to be taken twice daily to strengthen the lungs. Triphala will also help in detoxifying the system. The person suffering from this type of allergy needs to take half a teaspoon of triphala steeped ten minutes in boiling water. The liquid has to be strained before drinking it. Kapha-causing foods specially wheat and dairy products is best avoided during such allergies.

For Vata-caused allergies, seasame oil is highly beneficial. A teaspoon of Ashwagandha taken with a cup of warm milk during bedtime will also balance Vata. Those with Vata causing allergies can use nasya oil (sesame oil) for dry, painful nasal passages while liquorice (mulethi) tea will relieve a dry, raspy throat. Alternatively, they can drink three or four cups of ginger root tea per day for immediate relief.

In Ayurveda, allergies can be treated through Shodhan (cleansing) treatment in the form of Nasya where the drop of medicated oil is instilled in the nostrils. Take the case of Nikhil (name changed), a 32 year old executive from Agra who was suffering from severe nasal allergy. As an executive working in a metropolitan city, he was initially taking allopathic medicines, before he decided to take recourse to Ayurveda.

While suffering from nasal congestion, he was administered Ayurvedic Nasya oil made up of Jivanti, Devadaru, Usira, Sariva, Sveta canadana, Haridra, Yasti, Satavari, Rasna & Kantakari to help relieve sinus inflammation. Such oils can be applied twice a day by hanging the head over the edge of the bed and squeezing 3-5 drops of the oil in each nostril. While lying there, Nikhil's nose and cheeks were massaged in a motion towards his forehead. This helped to lubricate the mucus membrane while allowing the oil to drain up in his sinus cavity.

If Nasya therapy is carried out effectively, Kapha related toxins from the paranasal sinuses are eliminated. Due to this, the patient feels great relief in the head and experiences clarity of the sense organs. Breathing becomes completely unobstructed which gives sound sleep at night. There is improvement in the olfactory area too. For Nikhil, too, Nasya helped him to breathe effortlessly after a long time and his condition has changed for the better.