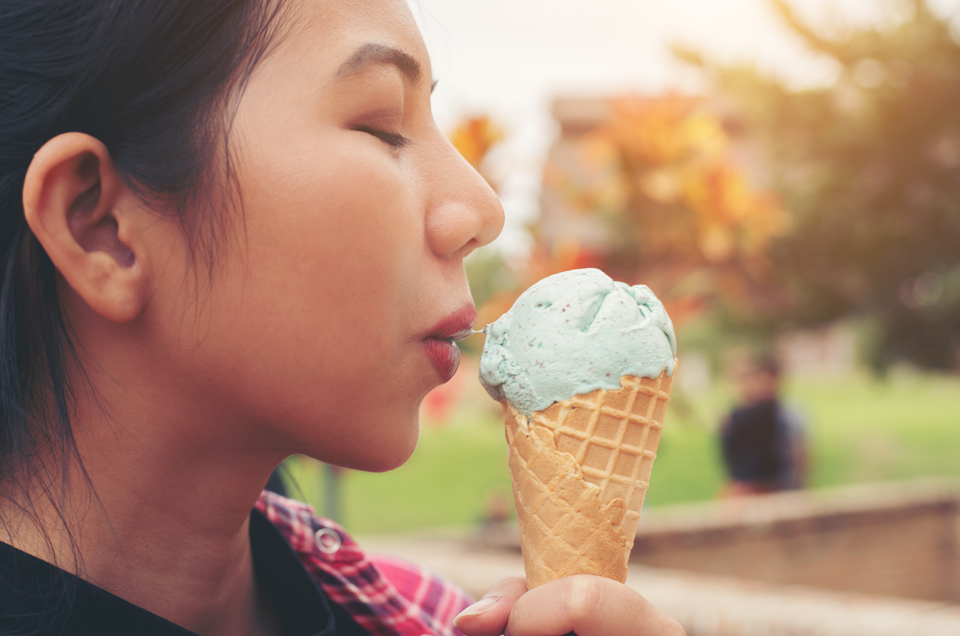 Summers have descended in most parts of the world. And, in India, especially, it is on full show! With temperatures scorching more than 40 degrees in many areas, the onset of disease has become simply unavoidable. In such a scenario, the best thing you can do for your health is to ensure that your body immunity remains intact. For this, you first need to understand how the summer heat affects your body and what you can do to save yourself from damage.

Truth: In reality, it is not advisable to miss a meal, especially if you have a Pitta (Fire) constitution. Missed meals not only aggravate Pitta, but also impair the body's digestive process leading to accumulation of ama (toxins), which is the primary cause of disease in the body. It is better to eat light, regular meals consisting of grains, vegetables and fruits and drink lots of water to flush out the toxins from your system.

Myth: Iced drinks are a great way to stay cool in summers

Truth: Even though it is recommended to increase your fluid intake during summers, you need to be careful about iced drinks, as they are known to slow down the digestive process. Instead, try mixing fresh lime juice with water. Coconut water is also very cooling and healthy.

Myth: Body massage should be avoided in summers

Truth: Oils like Almond Oil and Olive Oil are considered 'heating' during summers. But, a daily massage with cooling coconut oil is known to nourish and clear heat from the skin. After the massage, wash off with a cool shower; avoid hot baths and showers, saunas and steam rooms. To be on the safe side, limit the massage to thrice a week.

Myth: Lesser the clothes, the better

Truth: It is common to find men and women resort to lesser amount of clothing during summers in the belief that it would make them feel more comfortable. On the contrary, when exposed to the harmful rays of the sun, the skin becomes more susceptible to disease if it is not covered up properly. Therefore, you need to keep yourself covered, especially if you have Pitta predominant fair skin with freckles and moles.

Truth:Air conditioners have become an important part of our lives; there presence can be felt everywhere - at home, cars and workplaces, etc. Even though they do help keep our bodies cool for certain periods of time, in the longer run, they impact our health negatively. Air conditioners block the natural ventilation of any space, thereby leading to accumulation of contaminated air which is harmful for the body. In many individuals, headaches and fatigue are often attributable to the overuse of ACs.

Myth:It is okay to sleep late in summers

Truth:A late summer evening is the ideal time for outings for many families. Most people don't know that summer is a Pitta season, and because Pitta peaks between 11 pm and 2 am, it is always advisable to sleep by 10 pm. By staying awake late you will make it easy for diseases to reach you.

In summers, because of the extreme action of the sun, our digestive fire (jatharagni) is easily displaced by external heat, drawing internal fire to the body, which leads to problems such as heat rash/prickly heat, other skin problems, bloodshot eyes, diarrhea, dehydration and other digestive complaints. Read on to know how you can treat common summer ailments by making simple diet and lifestyle adjustments.

Rashes, allergies and other skin disorders are the result of ama accumulation in the skin. The best way to treat them is by avoiding consumption of opposite foods (e.g. fish and milk together) and not controlling natural urges like vomiting, urination, bowels, etc. Also, absolutely restrict the intake of salty, sour or acidic foods.

It is caused by the bowels' inability to cope with fatty foods which leads to ama production. In order to flush away these toxins, the body evacuates the bowels frequently, and because the digestive system is not working properly, these evacuations come out as loose and runny stools. It is advisable to take a liquid diet of purifying agents such as vegetable soups. Yoghurt, buttermilk, banana and pomegranate are also good for Diarrhea.

Dehydration is excessive loss of water from the body. It results in deprivation of essential nutrients, leaving the body fatigued. In summers, sweating also contributes to water loss. The only way of preventing any type of dehydration is to replace the lost fluid by drinking lots of water regularly. Make it a point to take a minimum of 3 liters of water daily. Coconut water, barley water, sugarcane juice or glucose water, etc., are also recommended.

Undigested food leads to the formation of ama in the body and impairs the digestive fire. To keep digestive problems at bay, follow Ayurvedic rules of eating. Cut down on carbohydrates and include more of fresh, natural, organic, and vegetarian foods in your diet. Avoid canned foods, old-kept foods items (leftovers), processed foods, deep fried and heavily spiced foods, junk foods and meat, etc. In addition, stimulants like caffeine (coffee, black tea), alcohol, smoking, fizzy drinks and drugs should also be avoided.

If you are troubled by a summer ailment, contact Jiva to get the best Ayurvedic cure for your problem. Call the Jiva TeleMedicine Center at 0129-4040404 (only for patients in India) or write to us at info@jiva.com for a free health consultation from a Jiva Ayurveda doctor.