Ginger The Healing Spice Of Ayurveda 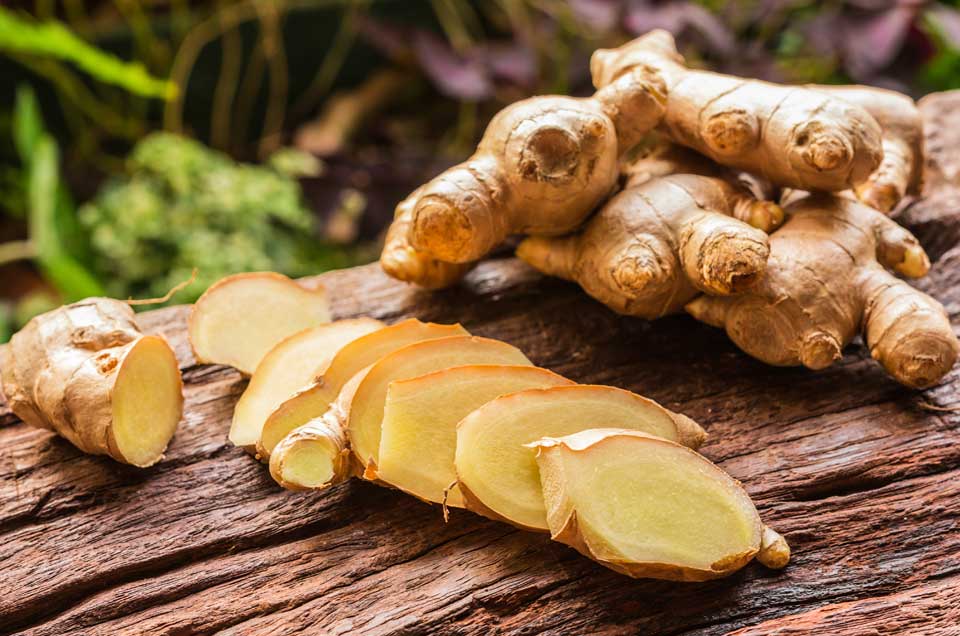 Long-hailed for its therapeutic, medicinal and culinary benefits, ginger, the wonder spice of Ayurveda remains a major component used in traditional herbal remedies. Listed below are few such benefits of ginger

Ginger has been known for its carminative properties which help relieve intestinal gas, prevents bloating and soothes an upset stomach. And since prevention is better than cure, eating slices of ginger sprinkled with salt before meals to increase saliva flow to aid digestion and prevent stomach issues altogether.

This wonder spice helps reduce various types of nausea and vomiting, including morning sickness in pregnant women, motion sickness in travellers, and even nausea in chemotherapy patients. The next time you feel like you are about to throw up, chew on a few slices of ginger.

Ginger is known for its immunity boosting properties, making it an effective treatment for common cold, sore throat and flu. It clears the microcirculatory channels of the body, including the pesky sinuses that flare up during colds and helps calm symptoms of upper respiratory tract infection. Drinking ginger with lemon and honey is an effective remedy for the common cold that has been handed down for many generations.

Ginger, used widely in Ayurveda, is considered as an entire medicine chest in itself. The benefits of this healing spice are numerous and can be used in so many ways. So try adding ginger in your cooking to kindle digestive fire, alleviate coughs, congestion and runny noses, eliminate pain, etc.