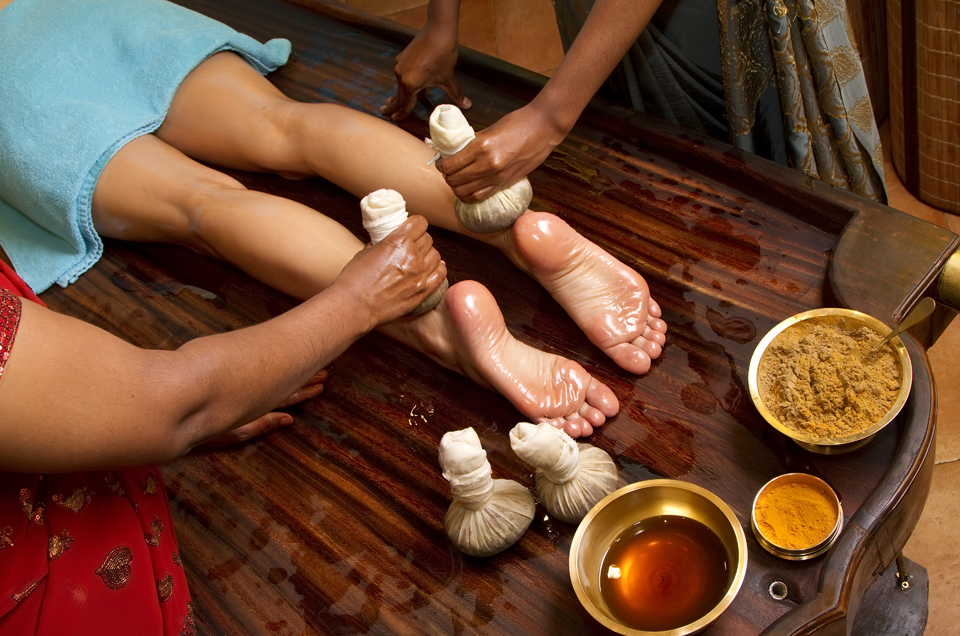 Panchakarma is the ultimate mind-body healing experience for detoxifying the body, strengthening the immune system, and restoring overall balance and wellbeing.

Meaning 'five actions' or 'five treatments' in Sanskrit, this process is highly effective in cleansing the body of ama (toxins) produced due to faulty diet-lifestyle habits and poor nutrition. When ama accumulates in the body, it blocks the flow of energy and nourishment throughout the system. Ayurveda considers this build-up of toxins to be the underlying cause of all disease.

Panchakarma is a unique treatment procedure as it can be easily tailored to meet each individual's needs according to their body constitution and doshic imbalances. The therapies involved in this process work to loosen ama (toxins) from the deep tissues in order to be removed through the body's natural channels of elimination.

Spring - The ideal time for cleansing

Many people feel the signs of ama buildup in the Spring Season (late February to early April), more than at other times of year. This is mainly due to the fact that the toxins already present in the body start to display their symptoms during this time. The fact is, most of us do not follow a proper seasonal routine during the winter months (November to February) and the body ends up accumulating more toxins, thereby blocking the channels. At the same time, due to the cold temperature, the ama freezes in the walls of these channels. Even though you might not experience as many symptoms of ama during this time, your condition could worsen by the time spring comes. As it becomes warmer outside, the frozen ama starts to melt and flows into the body's channels. As a result, the channels get flooded with toxins, thereby highlighting the symptoms of ama presence.

Before you undertake the process of Panchakarma, you should visit an Ayurvedic doctor who will determine your body constitution and current state of doshas. After identifying the cause of ama production in your body, he will be able to pick the tissues, channels and organs that need to be addressed through Panchakarma and accordingly devise the right detox program specific to your needs.

An ideal Panchakarma detox program consists of three phases - Purvakarma, Pradhankarma and Paschatkarma - which are described below.

These pre-treatment techniques serve to prepare the body for the ama elimination process. Snehana (oleation) is the first step of Purvakarma and it consists of saturating the body with medicated oils in order to loosen ama and move it from deeper tissues into the gastrointestinal tract, from where it can be more easily cleansed. External oleation is called Abhyanga, which means complete body massage with medicated oils. Once the massage is completed, Swedana (steaming) is performed in order to dilate the channels and foster easy removal of ama.

After Purvakarma, the ama moves into the gastrointestinal tract. Here, some main Panchakarma therapies such as Vaman (emesis), Nasya (nose cleaning), Virechan (purgation), and Basti (enema) can be used to remove ama through the body's normal channels of elimination.

Paschatkarma refers to the set of procedures that are followed after the main Panchakarma therapies. This phase is aimed at reestablishing body immunity and metabolism. Most people do not realize that neglecting these post-treatment procedures may end up destabilizing the digestion process, thereby leading to continued ama production. Even after your Panchakarma treatment is over, it is advisable to keep eating light, nourishing foods, such as khichari and mung dal soup for a few days. Also, remember to gradually return to your regular activities and diet so that your body - which is in a sensitive state - does not become vulnerable after treatment.

If you want to go for an Ayurvedic detoxification treatment, it is recommended that you give enough time to your body to get into the cleansing mode and then gradually get out of it. During this time, you are advised to put aside your usual preoccupations with work and family and get as much physical and mental rest as possible.