Symptoms and treatment of Amavata 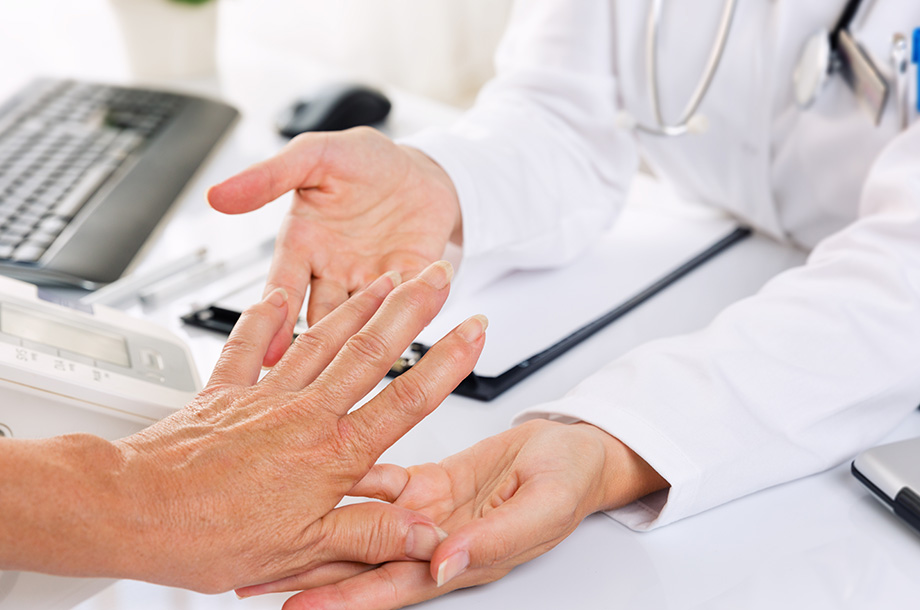 Rheumatoid arthritis is different from osteoarthritis because of the fact that unlike age-related degeneration causing the latter, rheumatoid arthritis can happen to anyone at any stage of your life irrespective of age or wear and tear. Rheumatoid arthritis is an autoimmune disorder, which means the body's immune system mistakes joined and bone tissues for foreign pathogens and attacks them, thereby damaging them. As a result, the lining of the joints become completely deteriorated and damaged which causes pain, inflammation and eventually deformity which affects mobility.

In the early stage, Amavata or rheumatoid arthritis begins with smaller joints in the body, especially those that are in the finger and tools of your feet. You will begin experiencing mild pain, inflammation and swelling in the affected areas, especially in the morning. As the disease progresses spreads to slightly larger joints such as the rest, knees, ankles et cetera. By this time other symptoms also start to show, such as stiffness in the joints primarily in the morning after getting out of bed. Increased fatigue, one body temperatures, as well as loss of appetite. Unlike osteoarthritis, gout and other joint disorders, rheumatoid arthritis also affects the lungs, heart, kidney, nerve tissues, skin and eyes. Therefore, rheumatoid arthritis treatment in ayurveda takes a completely different approach compared to modern medicine. It works at the root cause of the problem, thereby enhancing the overall efficacy and improvement in the conditions of the patient.

Gender: Over the last 27 years of providing successful treatment, doctors at Jiva have observed that the disorder is more common among women than men.

Age: People In the age group of 35 to 45 are at higher risk of developing the disorder than their younger counterparts. This is also the time when the disease onsets in most of the cases.

Hereditary cause: If someone in the family, either on the mothers or fathers side had rheumatoid arthritis in the past, the risk of their children having this in disorder increases significantly.

Passions of rheumatoid arthritis after undergoing treatment may experience sudden complications in their condition because of new comorbidity development. Some of the most common health complications are as follows:

Vaat rog treatment provided in Ayurveda is very effective because of many reasons. Rheumatoid arthritis ayurveda treatment is a holistic combination of herbal medicines that are prescribed after a complete and thorough consultation with affected patient, along with several diet and lifestyle routines which offers holistic and 360∞ solution to the underlying problem.

The best time to approach and ayurveda doctors for rheumatoid arthritis ayurveda treatment is when you start experiencing pain in your finger and toe joints.