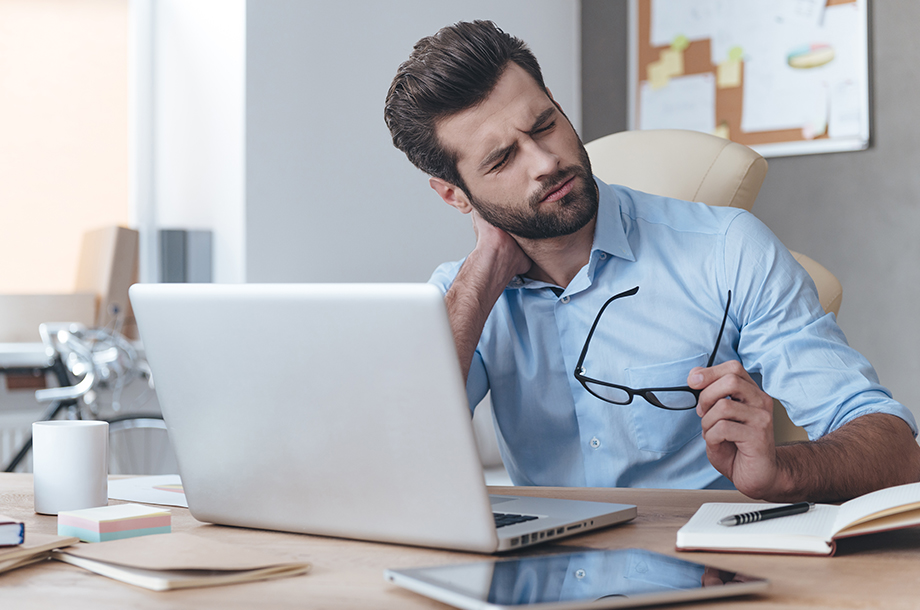 Ankylosing spondylitis is a joint inflammation health disorder that is characterised by back pain and stiffness typically in the hips and spinal region. In most cases, this autoimmune joint disorder is observed as early as adolescence and gradually becomes more complicated as the spinal bones start using together over time. This progressive disorder is primarily cost by a gene called HLAB27, which is present in almost 90% of all patients suffering from Ankylosing spondylitis. In quite a number of patients, other related symptoms such as psoriasis and inflammatory bowel syndrome is also observed. Approximately 40% of the cases also developed and inflammatory eye disorder known as acute iritis. If left untreated, in where conditions ankylosing spondylitis may also develop into other health complications of the heart, lungs and the nervous system. Thankfully, Ayurveda has a very effective ankylosing spondylitis pain treatment that goes into the root cause of the problem and offers long term relief and overall improvement in the health and Wellness. Here are 5 natural treatments for spondylitis that you might want to look into.

Panchakarma is a sister therapy of Ayurveda which goes hand in hand with herbal treatments as well as lifestyle and diet modifications to give an overall improvement in the health condition of a patient suffering from ankylosing spondylitis. There are over hundreds of different panchakarma treatments, most of which are fine tuned to stimulate the lymphatic system to eliminate toxins, rejuvenate and reinvigorate the nervous system as well as provide sustenance to the joints and ligaments in the body to provide strength and pain relief. Panchakarma treatment is a proper evidence based scientific massage therapy that begins with their detailed and thorough consultation with the patient, based on which a detailed therapy regimen is planned by the consulting doctor.

Another health and wellness routine that shares the same origin as Ayurveda is yoga. Yogic methods and techniques have been long championed for their effectiveness in providing relief in diseases such as ankylosing spondylitis, gout , arthritis another similar joint disorders. Specific alterations of the ancient and traditional methods of yoga have also been developed that are specially prescribed in ankylosing spondylitis pain treatment provided at Jiva Ayurveda. Similar to panchakarma treatment, yoga therapy provided the jiva ayurveda starts with a consultation with the yoga guru during which the root cause of the problem is understood, based on which a personalised therapy routine is designed keeping in mind the patience age, existing health condition another relevant factors. In addition to that, specialized herbal home remedies are also recommended, which makes this ankylosing spondylitis pain treatment more effective than other natural approaches that you might find in the market today.

Fomentation is a very effective therapy that is principally based in Ayurveda itself. this involves the use of certain heat producing herbs which are packaged carefully in a cloth bolus and activated over a warm pan before applying on the affected area. This technique of ankylosing spondylitis pain treatment is very effective in reducing the stiffness and pain in the affected area with very minimal fuss, without the need to be admitted in a hospital or seeing a doctor for that matter. In addition to direct topical application with the help of a bolus, fomentation therapy can also be received with the help of a warm/hot bath if you have the required facility to benefit from it. Keep in mind however that if you have diabetes come bass cooler disease or an open wound fomentation therapy is not for you. For detail information on how to use fomentation therapy in ankylosing spondylitis, speak with an expert Ayurveda doctor before you start using it.

Diet might seem an obvious part of everyday life, but for relief in spondylitis back pain It is one of the most crucial and unfortunately overlooked aspect. A fundamental principle in Ayurveda is the fact that everything starts with a mistake in diet and lifestyle. It is said in ayurveda that if you follow a proper diet, you might never need medicines; while if you follow a wrong diet then no medicine can help you ever! Therefore by following a proper diet and correct lifestyle path any disease can be treated weather high percentage of relief in a relatively shorter period of time, and most importantly without any inadvertent side effect. But for diet and food to work as medicine, there is a high degree of personalization that has to happen in order for it to be beneficial and therapeutic. Therefore, speak with an expert ayurveda consultant today to find out the right dietary plan that will give you relief from spondylitis back pain.

The most logical and therefore smart way to tackle ankylosing spondylitis is by coming to Ayurveda at an early stage because this is when any natural treatment for spondylitis can work with a high degree of efficacy. It must also be noted that when the disease which is an advanced stage, even contemporary medicine also recommends surgery as the only way forward!

If you have began experiencing the symptoms of ankylosing spondylitis, consult a jiiva doctor today by dialling 01294040404.