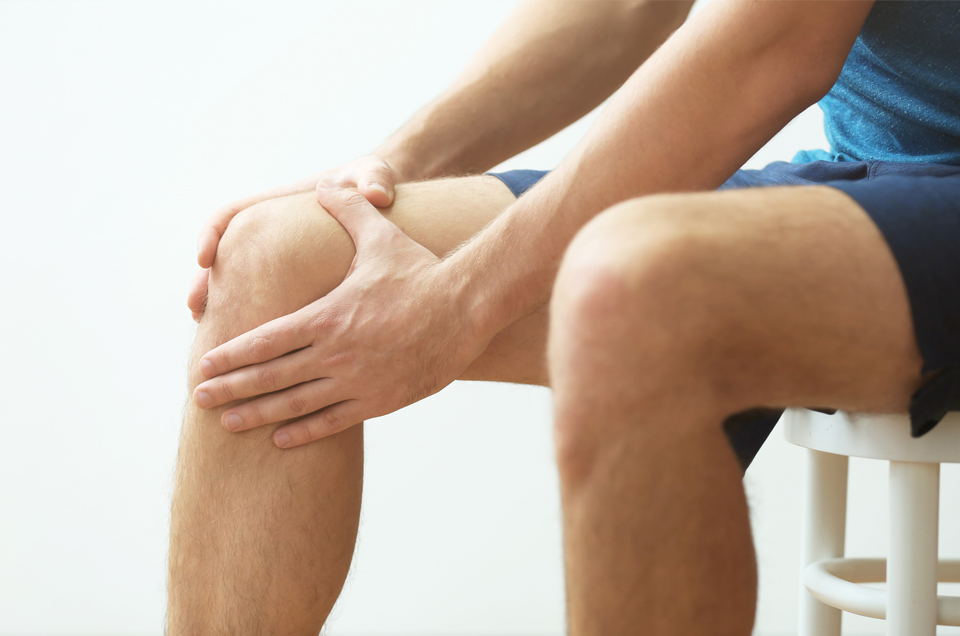 Forty-year-old Mr. Sharma could not believe his ears when his doctor told him he had been diagnosed with Rheumatoid Arthritis. "How could he have Arthritis? He just turned forty!" asked his wife, flabbergasted. "After all, isn't it supposed to be a joints-related problem seen in very old people?"

Like most people, Mr. Sharma's wife too, in her ignorance, believes Arthritis is only about joint pains and that it affects the elderly. Well, she could not be far from the reality. Arthritis can affect people of any age. It is most common in people over 60 years old, although some types of arthritis can also affect younger people. Unfortunately, there are over 200 types of arthritis-related conditions and on an average, most people are aware of only about two of them!

What does Ayurveda say?

According to Ayurveda, Arthritis is caused by impaired digestion, due to improper dietary habits and a sedentary lifestyle, as well as aggravated Vata Dosha (Ayurvedic humor representing Air). Impaired digestion and irregular bowel movements lead to accumulation of toxins (ama) in the body. This ama, along with the aggravated Vata, gets stored in various joints and leads to stiffness or inflammation and pain.

Arthritis can manifest itself in the form of Rheumatoid Arthritis, Osteoarthritis, Gout, Juvenile Idiopathic Arthritis, and Ankylosing Spondylosis, among other forms. Its symptoms can develop suddenly or slowly, with the most common ones being inflammation of joints, swelling, difficulty and pain in movement, loss of appetite and energy, fever, etc.

To figure out if you are at a risk of arthritis, take the following factors under consideration:

If you are above 50, it becomes easier to get this disease

If you are overweight, you will end up putting added pressure on your joints, thereby making them susceptible to one or the other form of joint pain

If you have had an injury or trauma to a joint, it can lead to Arthritis later in life

In addition, certain infections or factors in the environment might also trigger the symptoms in susceptible individuals. The growing incidences of Arthritis among the youth can be attributed to erratic eating schedules and sedentary lifestyles, which are a common feature of their lives.

Believe you have Arthritis Symptoms? Get into action straight away!

Most people affected by Arthritis or related conditions would rather suffer in silence than keep complaining about their aches and pains. In fact, many of them do not even seek help from a healthcare professional and instead manage pain with pain-killers. What they don't realize is that even basic symptoms could be early signs of arthritis, which, if uncared for, could go on to become more serious.

Says Dr. Partap Chauhan, Director, Jiva Ayurveda, "Early diagnosis is the biggest key to cracking this chronic disease. The right treatment and lifestyle advice can decrease pain, protect joints and delay the onset of more serious disability. In fact, in few cases, early diagnosis can even alter the progression of the disease.

"The Ayurvedic treatment of Arthritis is focused on uprooting the disease in its entirety and providing a long-term solution, unlike modern medicine, which only works on suppressing the symptoms. In Ayurveda, every patient is recommended a personalized treatment plan, which consists of herbal medicines as well as diet and lifestyle advice."

Most people with arthritis may experience pain and some stiffness or swelling in their joints in the early stages. Other than that, they can continue leading a normal life. However, others may find that the pain and loss of mobility brought on by arthritis leads to a less independent lifestyle.

This is why Ayurveda's emphasis on treating the root cause of Arthritis with customized treatment for each individual goes a long way in facilitating long-term relief for the patient. Having treated thousands of Arthritis cases at the Jiva TeleMedicine Center in India, Dr. Chauhan feels we need to work on preventing disease rather than curing it. "Living in accordance with natural principles is the only means of achieving holistic health and keeping diseases at bay. Simple things like maintaining proper digestion by eating the right foods, lubricating your joints through massages, and exercising daily can help prevent the onset of this problem," signs off Dr. Chauhan.

If you are an Arthritis patient and want customized treatment from an Ayurvedic doctor, call us at 0129-4040404 or write to us at info@jiva.com or a free health consultation.